﹛﹛Real-time strategy game maker Frost Giant Studios has teamed up on an advisory basis with Mike and Amy Morhaime＊s Dreamhaven, and it is licensing Unreal Engine 5 from Epic Games.

﹛﹛As part of the partnership agreement, Dreamhaven will provide consultation on product development, feedback in preproduction, and will also playtest the game. That＊s important for Frost Giant Games, whose founders come from Blizzard. And Mike Morhaime is a cofounder of Blizzard.

﹛﹛Frost Giant Studios is focused on real-time strategy in part because it hasn＊t gotten as much attention as other genres, like battle royale shooters or console action-adventure games. The Frost Giant team believes that RTS games on the PC can still be a vibrant part of gaming in the future.

﹛﹛Morten was the production director on Blizzard＊s StarCraft II: Legacy of the Void, which came out in 2015 and was the final expansion for StarCraft II. Campbell was the original lead campaign designer for Warcraft III: The Frozen Throne. Those games were among the most successful RTS titles of all time, but Morten felt he had to leave Blizzard to work on another RTS. 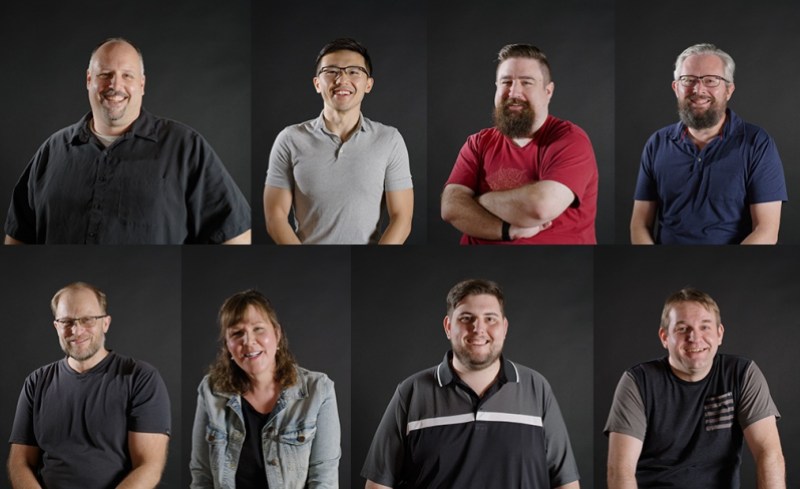 ﹛﹛Meanwhile, Dreamhaven was founded around a common goal to empower creators, help bring their ideas to life, and create original gaming experiences that foster meaningful connections between players. Frost Giant has also signed a licensing deal with Epic Games, creators of Unreal Engine 5 (UE5), which went into early access availability this week.

﹛﹛The Dreamhaven team is composed of the original Blizzard RTS leadership team, who will offer applicable and valuable guidance as Frost Giant fulfills its strategy to lower the barrier to entry to RTS as well as significantly enhancing co-operative, campaign, and competitive gameplay.

﹛﹛※We are so fortunate to be able to work with the industry giants at Dreamhaven who were instrumental in creating the RTS legacy that inspired Frost Giant. Mike Morhaime has helped set a benchmark for real-time strategy games that has not been surpassed. He remains engaged with the genre and the community today, and his advice will be incredibly valuable as we work to bring real-time strategy (RTS) games to a broad audience,§ Campbell said.

﹛﹛※We couldn＊t be happier to see Frost Giant putting Unreal Engine 5 through its paces as they build their next-generation RTS,§ said David Stelzer, director of business development for Unreal Engine at Epic Games, in an email to GamesBeat. ※It＊s easy to imagine how UE5＊s generational leap in technology and workflows will open up new possibilities for building worlds that are richer and more dynamic than ever before, with limitless possibilities when it comes to gameplay. We＊re grateful to have this awesome team along for the journey with us right out of the gate as we launch UE5 in Early Access.§

﹛﹛GamesBeat’s creed when covering the game industry is “where passion meets business.” What does this mean? We want to tell you how the news matters to you — not just as a decision-maker at a game studio, but also as a fan of games. Whether you read our articles, listen to our podcasts, or watch our videos, GamesBeat will help you learn about the industry and enjoy engaging with it.

﹛﹛How will you do that? Membership includes access to:

﹛﹛The wonderful, educational, and fun speakers at our events

﹛﹛Chatting with community members, GamesBeat staff, and other guests in our Discord

﹛﹛And maybe even a fun prize or two

﹛﹛When our robot replacements finally toast our extinction, they＊ll point to a single victory as the moment the tide turned in their favour 每 we＊re not talking about chess or Go, but the day Google＊s DeepMind beat the best of us at Starcraft 2.

﹛﹛Luckily, a (hopefully) large expanse of time separates us from that end 每 so why not fill it with some of the best strategy games

﹛﹛And if your idea of a good time doesn＊t involve memorising scores of hotkey combinations and build orders only to see impossibly fast opponents Zerg rush you in Starcraft or pepper you with 20 archers in Age of Empires, fear not 每 the strategy genre is wide and deep, with a rabbit warren of subgenres. Perhaps a more leisurely turn-based pace would suit you? Or a game melding in some RPG leveling? It＊s all here! And while the genre is undoubtedly best suited to the PC, there＊s a lot to keep console players busy, too.

﹛﹛In comparison to its dominance in the 90s, Real Time Strategy (RTS) games are now a relatively niche genre, dominated by 90s games, remakes and remasters. Starcraft 2, which came out 11 years ago, remains the most high profile in the genre, particularly, of course, in Korea, where it and its predecessor are huge esports draws. Choose one of three alien civilisations 每 Terrans, Zerg, and Protos 每 and see them gather resources, assemble your forces and defeat your opponent. Starcraft 3 isn＊t on the cards anytime soon, but the second version remains very popular, with healthy online servers and a wealth of campaign expansions.

﹛﹛With its focus on controlling armies the strategy genre is where we find many of the great historical games. The pedants can feast on the historical inaccuracies, while we send Genghis Khan galloping through the Yucat芍n. The Total War series is up there with the best of these historical games, and could very well have a ranking list of its own. There＊s the revolutionary Rome Total War (recently remastered), the newer, more refined releases such as Shogun 2, and even the Warhammer iterations, arguably the best games in the series. Whichever version you go for, it’s hard to go wrong with Total War＊s classic gameplay 每 you switch between a turn-based strategy mode viewing ?a vast map and real time control of thousands of battling soldiers.