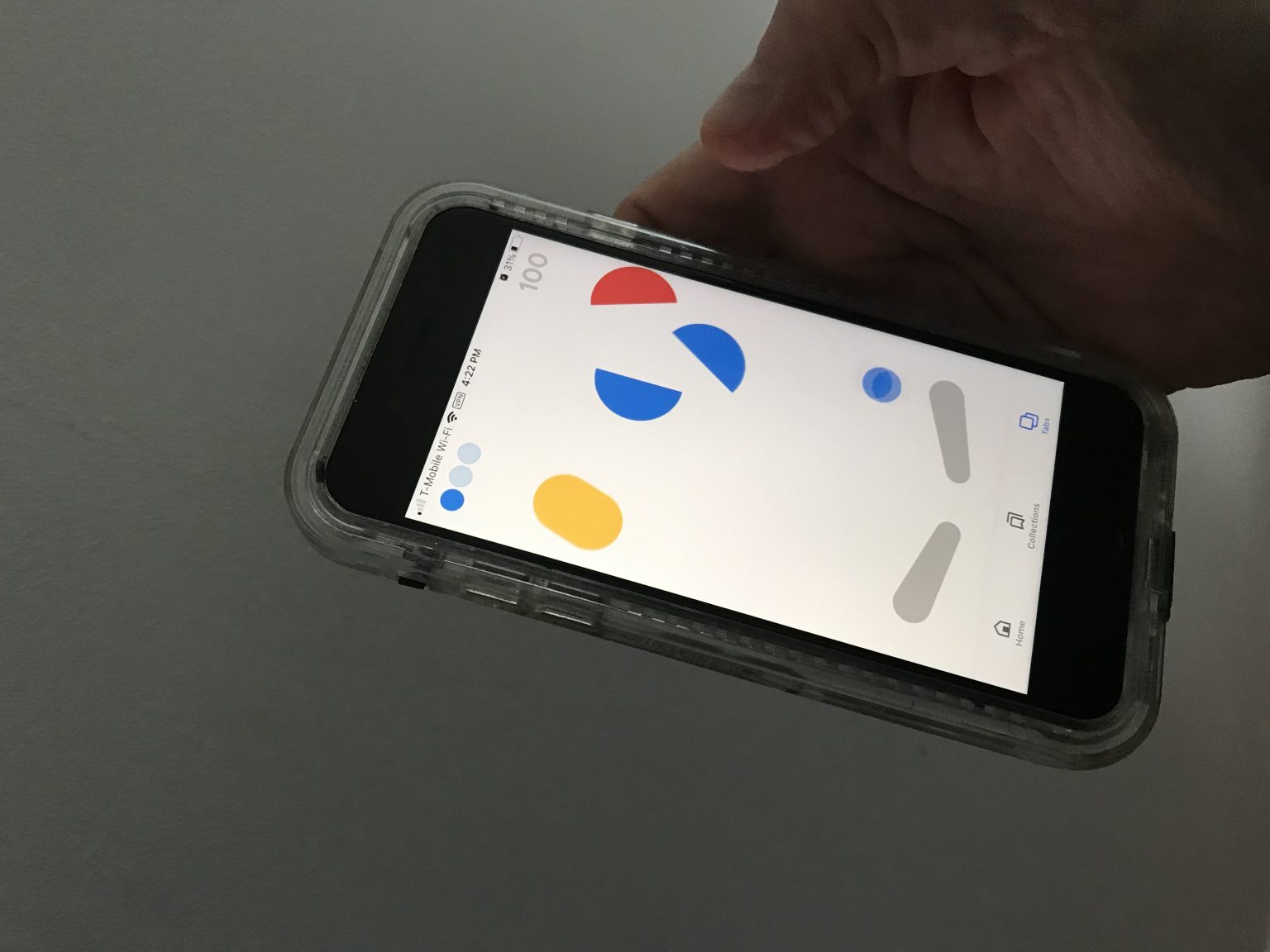 Learn how to launch and play the Google iOS app’s hidden pinball game.

Intrepid explorers online on Reddit and YouTube have come across an especially fun Easter egg in Google’s iOS app — a secret pinball game that takes a little doing to find.

Once you learn how to trigger the Google app’s secret game on your iPhone, you’ll find it works both online and off. That’ll be handy when you’re stuck somewhere without internet access. The game’s fun and easy to play, with enough features to keep it interesting.First, make sure you have the latest update of the Google app from the App Store.Once you have the app ready, go to Tabs, which appears along with Home and Collections at the bottom of your screen.Open a tab, then swipe it away from view.Look for shapes coming from the bottom of the screen.Once the shapes fully appear, swiping up will drop you into the game.

Playing the secret pinball game, which is sort of a cross between classic pinball and the game Brick Breaker, is fairly easy.

The two sides of the screen are like the two pinball flipper triggers. Just tap to move them. To move both at once using just one hand, tap the center of the screen.

You get three “lives” to make last as long as you can. Each level of the game shows different colorful shapes that shrink and finally disappear the more you hit them. The bumpers also change with each level.

And you can take advantage of “power-ups” by hitting them with the pinball when they appear. A heart adds an extra life. A blue star splits the pinball into two. A yellow star makes the ball larger, so you can hit it more easily.

The game seems to have been added sometime in June, as spotted by several YouTube videos and a Reddit post around the middle of the month.

Word on the street is the game’s only in the Google app for iOS, not for Android.

Time to channel your inner pinball wizard.Leave a comment